January 2018 - Present
Provide encouragement and support to pre-medical students applying to medical school this cycle. Perform critical review and provide feedback for personal history statements and other aspects of students preparation for the upcoming application process. Participate in a standing weekly meeting with the founder of PreMed Star to assist pre-med students that have a variety of questions. I also give the founder of PreMed Star feedback as to how processes and website forum can be streamlined to maximize effectiveness.

November 2017 - Present
Assist the local University of North Texas MAPS chapter by coordinating with physicians to speak with UNT pre-med students about what is the required to be successful on to the journey to becoming a medical doctor. Provide mentoring and assistance with the medical school admissions application process.

November 2018 – Present November 2018 – Present
In my off-duty time I assist this local school that provides educational services to +122 students (of which at least 80 are orphans) with planning to enhance infrastructure and acquire additional educational materials. I have initiated fundraiser campaigns that has raised +$2,000. The total fundraiser goal is $10,000. To date, the following has been accomplished with the received donations; power restored to off-site office, school transportation repaired, updated computer and multi-function printer obtained, storage locker for securing supplies at the school acquired, school supplies purchased to support two of the four classes.

August 2014 - Present
Sought approval for a Community Time Off Project to introduce the Texas Health Resources hospital system to the largest Christmas Party hosted annually in Dallas, Texas for Homeless, Veterans and Under-Resourced Families in the United States. The one-day event services no less than 12,000 and has reached up to 22,000 persons served in a single day. Primary duties and responsibilities included but not limited to; seeking out volunteer Physicians, Nurses and other Allied Healthcare providers to provide health assessments and vaccinations to families in the newly established family medical screening area. Over the span of 4 years no less than 500 families have been served with family unit sizes ranging from 2 to 5 members. Additionally, I coordinated with other healthcare and 911 first responder entities for medical supplies donations.

April 1999 - Present
Respond to, hazardous, fire and medical emergencies in an urban area which spanned across 498 square miles with approximately one million residents. Rescued victims from burning buildings and accident sites. Provide pre-hospital care to medical and trauma patients. Treat and transport sick or injured persons to appropriate medical facilities based on differential diagnosis.

January 2012 - August 2013
Responsible for administrative command and control of the day to day operations of 9 Fire Departments and 1 Fire Prevention Bureau with +400 assigned personnel. Provided technical direction on the interpretation and enforcement of life safety codes and ordinances. Coordinated monthly reports to project management regarding department activities as well as other reports as appropriate including annual or cyclic activities. Created new and revised existing standard operating procedures to ensure alignment with mission objectives.

September 2011 - November 2011
Trained and mentored 20 Mongolian firefighters in the disciplines of structural and aircraft fighting and other closely associated emergency responder functions; such as fire prevention services, hazardous materials response and technical rescue. Monitored and assessed overall progress and instituted corrective actions and positive reinforcement to meet objectives as required. Charged with safeguarding the lives of approximately 15,000 personnel throughout the main camp and several sub locations spread across a territory of over 200 miles. Created standard operating procedures and policies for the local fire department. Counseled fire departments senior leadership on methodical approaches and solutions to emergency and non-emergency situations. Provided senior leadership and the client with fire safety hazard risk analysis and mitigation plan assessments.

June 2010 - March 2011
Manage and support a shift of 15 firefighting personnel. Establish and maintain command and control of all on duty fire/rescue responses (structural and aircraft). Responsible for the operational and administrative functions of the Local 911 Call Center. Interact with multiple agencies to mitigate emergencies and initiate recovery efforts to return affected areas to a state of full or functional readiness. Provide oversight for several fire department ancillary programs. Ensure personnel continued compliance with local Installation, United States Government, and Host Country rules, regulations, and laws. Initiate employee recognition process(s) and/or disciplinary actions as required. Constantly interacts with senior military and contractor leadership and safety managers and to reduce/mitigate fire safety hazards through the implementation of a rigorous fire prevention program. Provide briefings to the media. Assume all duties and responsibilities of the Fire Chief in his/her absence. Provides senior fire service management staff with proposals and plans to continue meeting and exceeding performance expectations.

July 2009 - December 2009
Supervised and directed all assigned Fire Inspector personnel in fire protection duties. Overall responsible for all fire prevention activities for the Northern Afghanistan region. Drafted and implemented department policies and procedures. Participated in the inspection of properties and review of new construction plans, to ensure compliance with applicable fire codes, ordinances, laws, regulations, and standards. Responsible for determining the cause of fire for structures, vehicles, and equipment. Interacted and communicated effectively in both written and verbal forms to brief military and civilian senior leadership on solutions to reduce or mitigate life safety hazards.

PreMedStar PreMed of the Year

2018
Recognized for possessing and demonstrating a constant spirit of servitude. Initiated and manages a fundraiser campaign for a primary school in Burkina Faso West Africa that provides educational services to 122 students of which approximately 80 are orphans. Assist Active Duty Military, Reservists and Veteran personnel with information and guidance to maximize their current and former skillsets to present as a stronger medical school candidate. Active participate with PreMed Star’s Application Bootcamp and Thursday Night Application Prep calls leading up to the 2019 application cycle. I reside in North Texas but work as a Flight Paramedic in Southwest Oklahoma and West Africa in support of United States Special Operations Forces. No matter where I am in the world, if I have an internet connection or am able talk via the phone or text, I make myself available to my fellow premeds and others in my circle of influence.

2017
In appreciation of your efforts to ensure the vitality of the community in which you serve as a Volunteer Firefighter, your contribution to the citizens of Maryland, and your support of Maryland's longstanding tradition of community involvement.

2014, 2015 & 2016
One of two persons selected from +120 department staff members recognized for being punctual, exceptional multi-tasker, going above and beyond and able to effectively work with and through physicians and staff to achieve mission success.

2013
Facilitated actions to assume the operations of two (2) Military staffed Fire Departments ahead of schedule, which allowed military firefighters to demobilize prior to the start of fiscal year 2013.

2012
Selected to represent my bachelor's degree discipline in a video advertisement to encourage fire service professionals to seek their fire science bachelor's degree from American Military University. Interviewed and story featured in the Prince George's County, Maryland local newspaper the "Gazette." Featured on the cover of the military times magazine "The Edge" in the June/July 2012 edition.

2009
Created initial training curriculum and instructed 30 military personnel on the use of expeditionary firefighting apparatus at Forward Operating Bases in Afghanistan without formally established fire departments.

2007
Facilitated the training of nearly 2,000 military personnel during the US Army 2-3 Combat Aviation Battalion’s mid-tour safety stand down, in a single day, in Iraq.

2006
In the fire service, it is highly coveted to be recognized as rescuing someone from a fire without the protection of a water hoseline. In part, it is a testament that your training has not failed you and a measure of your bravery and courage in the face of imminent danger. Such an opportunity presented itself in April 2006 at Al Asad Air Base in Anbar Province Iraq. I was recognized for heroism above the call duty for single-handedly rescuing a pilot from his F-18 Super-hornet fighter jet that that was on fire.

2002
Assisted with cardiopulmonary resuscitation of a 31-year-old woman that was 8 months pregnant. She had jumped from the third story of an apartment building that was on fire. A pulse was restored, and a successful emergency cesarean section was performed at the hospital. The child survived without defect. Sadly, the mother's injuries were incompatible with sustaining life and she passed five days post incident. 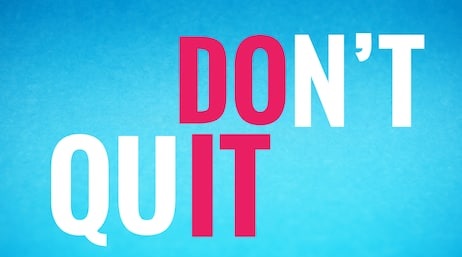 Words of Advice and Encouragement for Re-Applicants 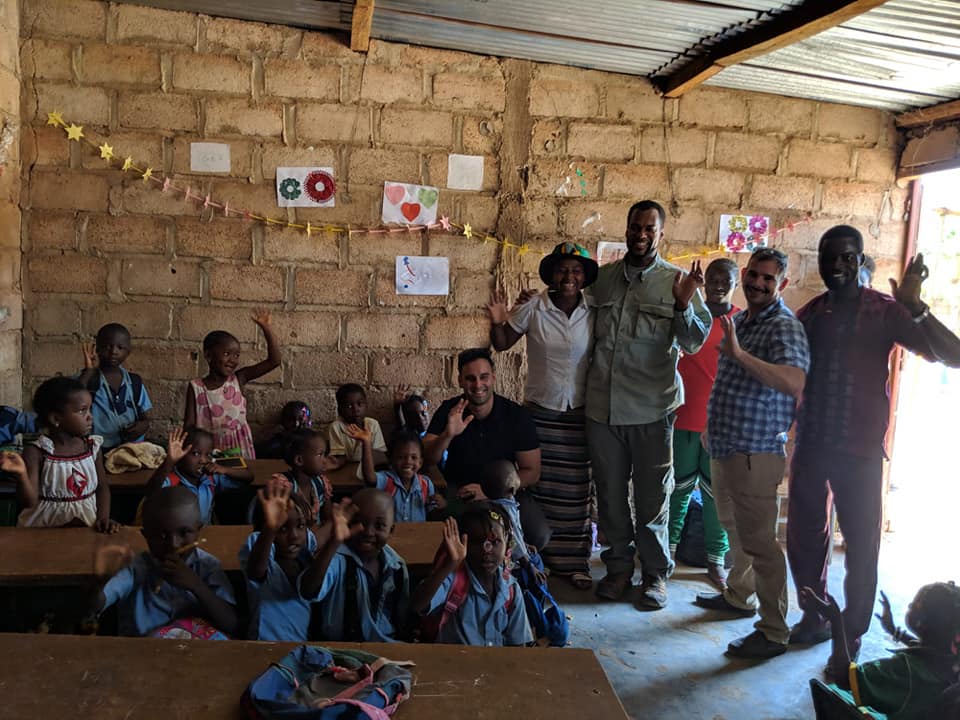 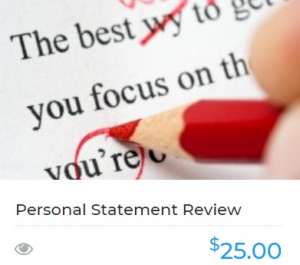 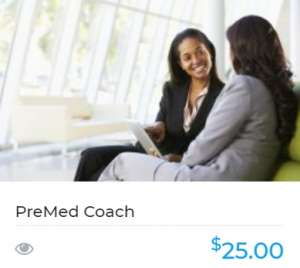 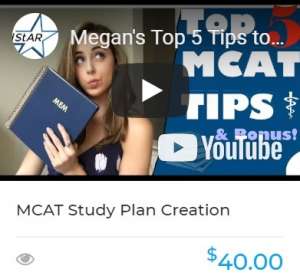 Thanks for inviting your friends. Please try other network if you wish.
MCAT Study hall tonight!  Uncategorized 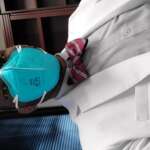